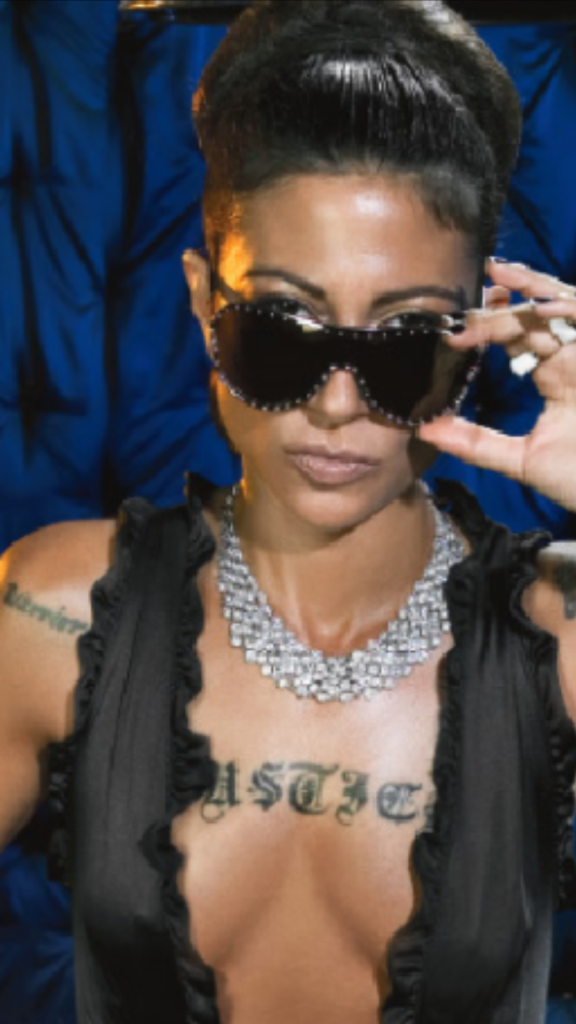 Ivy Supersonic is a Hat designer to the stars and has Designed for Pam Anderson, Gene Simmons, Wyclef Jean, Scott Weiland, Carmen Electra, Tommy Lee, Snoop Dogg, just to name a few. She’s appeared on hundreds of TV news segments and print Media, throughout her career  and started I.B.I.V. Jeans in 1991 which sold in over 100 high end boutiques. I.B.I.V. Jeans graced the cover of WWD, which led Ivy to start a trend, changing the market place. Ivy’s new venture, “Bad Ass by Ivy Supersonic. GET it Wear it Be it.” is designed with you in mind. Be the first to have it, Preorder it now. “In New York, The Greatest City in the World, We Live in and Love Our T-shirts and Jeans which inspired  me to Design what Everyone Wants, Wears and can easily Afford. I may be in My Own League, but I sure hope you can join me, Bad Ass by Ivy Supersonic for His and for Hers. Live Life Get Yours! “ – Ivy Supersonic